Dr. Va Lecia Adams Kellum is the President and CEO of St. Joseph Center, a social service organization offering outreach & engagement, housing, mental health, and education & vocational programs across Los Angeles County. The Center is a trailblazer in deploying integrated, multidisciplinary teams to help the most vulnerable homeless individuals obtain and maintain stable housing.  Under her leadership, St. Joseph Center has tripled its staff, expanded its services, and broadened its geographic reach, becoming a recognized leader in homeless services throughout LA County.

Dr. Adams Kellum holds a gubernatorial appointment to the California Department of Housing and Community Development’s No Place Like Home Program Advisory Committee.

She has also served on and continues to support the Los Angeles Homeless Services Authority Ad Hoc Committee on Black People Experiencing Homelessness, as well as the National Alliance to End Homelessness’ Race Equity Network. She currently sits on the Housing California Board, Policy Lab Advisory Board, and the Board of Trustees for Mount Saint Mary’s University.

LaTonya Smith has been in the behavioral science profession for more than 19 years, with the last 8 years in Nonprofit Leadership. Her experience began in Atlanta, Georgia, and later took shape in Los Angeles, her hometown. LaTonya’s experience includes work with the criminal justice system for both adults and children, addiction, mental health, homelessness, and education. LaTonya is especially proud of the work accomplished while working in one of the most notable and challenging environments in Los Angeles, known as Skid Row.

LaTonya is an agent of change, and as a leader in the behavioral health profession she has trained many teams in the areas of conflict resolution, trauma informed care, and crisis intervention.

LaTonya is a member of the National Alliance of Mental Illness. She holds a BS from Georgia State University, an MS from Capella University, and is currently in the research phase of her Ph.D. at Grand Canyon University. She believes in advocating for those who are unable to do so for themselves and serving the most underserved and disenfranchised populations. 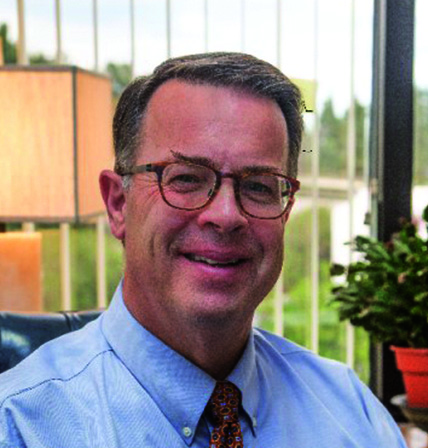 Daniel Braun brings over 30 years of non-profit experience to the St. Joseph Center. He has spent most of his career working in the field of children’s services, developing a deep understanding of mental health services, supportive housing, and government contracts. Before moving into the non-profit sector Dan worked as a forensic economist developing economic-financial models for personal injuries and testifying in court. As St. Joseph Center’s Chief Financial Officer Dan oversees the agency’s finance, budgeting, and mental health revenue teams.

Dan was born and raised in Missoula, Montana. He arrived in Southern California as a college student and made it his home. He earned an undergraduate degree from Azusa Pacific University and has an MBA from the Peter F. Drucker and Masatoshi Ito Graduate School of Management at Claremont Graduate University.

Tifara Monroe earned her B.A. from the University of California, Santa Barbara, and has worked in the nonprofit sector for the past 15 years. Prior to joining St. Joseph Center, she served as the Program Manager for United Friends of the Children’s Transitional Living Program. She is responsible for the daily upkeep of multiple St. Joseph Center program facilities, addressing neighborhood concerns, coordinating with the onsite users of the Center’s Hampton Drive facility, and ensuring agency compliance with the terms of its facility’s conditions of approval.

Tifara is a member of several social service organizations and is committed to serving the poor and disenfranchised. 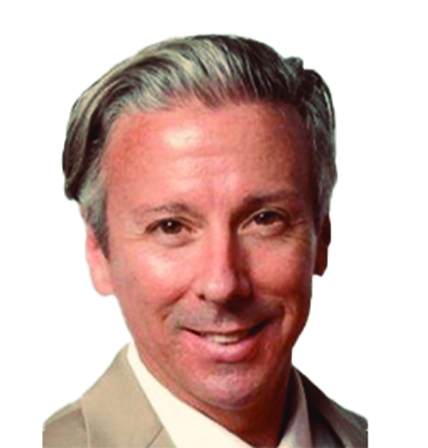 Keith Anyon has worked in the nonprofit sector for over 15 years. Prior to joining St. Joseph Center, he served as Director of Administration at Didi Hirsch Community Mental Health for several years. With oversight of Human Resources and Recruitment functions, he has led efforts to diversify the agency’s workforce significantly, opening opportunities by removing degree qualifications from certain positions; partnering with community-based organizations to seek candidates with lived experience with homelessness, mental health, substance use and/or justice involvement; participating in workforce development programs to widen pools of qualified candidates to enter the homeless services sector; and expanding the agency’s portfolio of internship programs, with multiple disciplines and with an emphasis on working engaging colleges and universities with a significant population of first-generation college students. 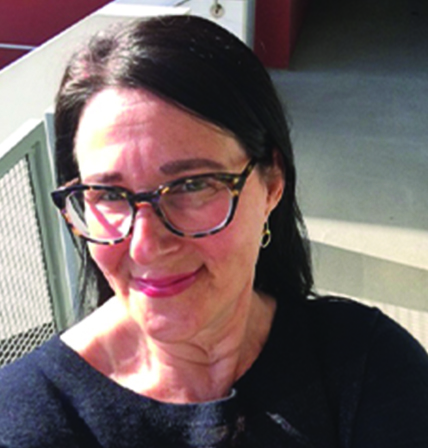 Evie Shapiro has years of experience as a development professional, holding positions as a senior grant writer, institutional giving manager, and development consultant. Her career has helped raise funds for nonprofits in both Los Angeles, Washington D.C., and New York including the YWCAs of New York City, ArtStream, Hollywood Heart, and various arts organizations. Before her work in Development, Evie was a veteran television producer and writer, producing shows such as The Daily Show, House Hunters, and National Geographic Explorer. She is grateful for the opportunity to use her communication and production skills to support the great work of St. Joseph Center.